The Dental Awards 2009 were held at the Royal Lancaster Hotel, opposite Hyde Park in London to showcase the best that Britain's dental profession has to offer. The gala evening was hosted by the well known TV presenter and novelist Gyles Brandreth.

Of the tens of thousands of Dentists and Dental Practices in the whole of Great Britian, only a few were nominated, and only the best were shortlisted as finalists. Abbey Dental was selected as one of the 10 best Dental Practices in Great Britian 2009, and was represented on the night by Dentist Mark Hepworth and his wife and Practice Manager, Tracie.

Commenting on the finalists, chair of the judging panel Lisa Townsend said: "The entries for this year's event were of an amazingly high standard across all our categories, so much so that in many of the categories it was difficult to choose a winner. It is gratifying to know that there are so many dental professionals in the UK. 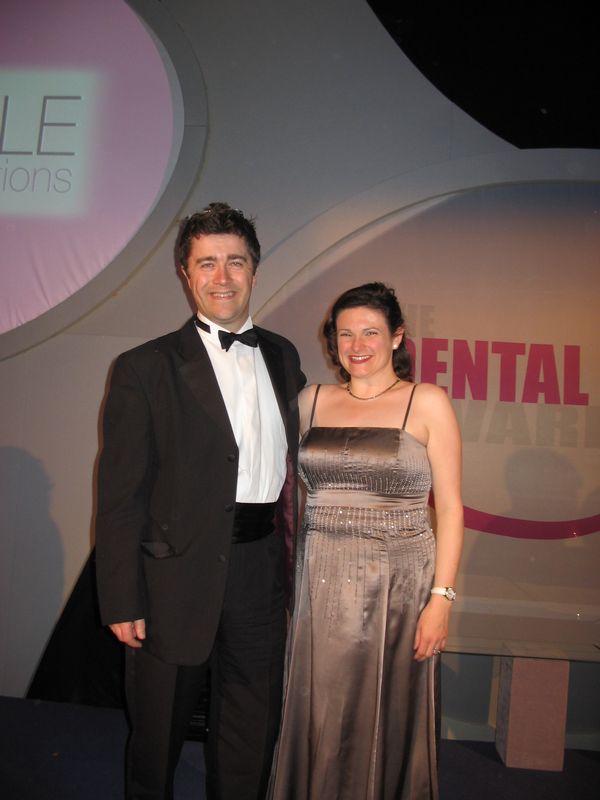